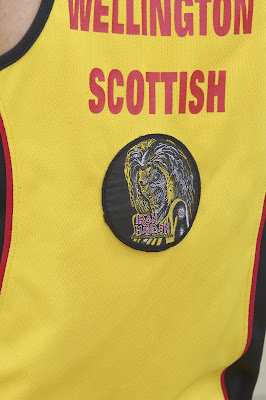 Actually the headline should really read Iron Maiden Has Scottish Fan. Not that being a fan of the band is an issue but it would be quite rare to see a band logo on the back of any running singlet let alone Iron Maiden. The band previously toured here in 2009 and in 2011 are returning to Australia to play 7 concerts between 23 February and 7 March . A Facebook page click herehas been set up by fans to get them to play a concert in NZ but so far nothing seems to have come of getting Ed Force One to land in NZ again. What worked for Christchurch Metallica fans may not work for Iron Maiden.
Posted by rowang at 13:14