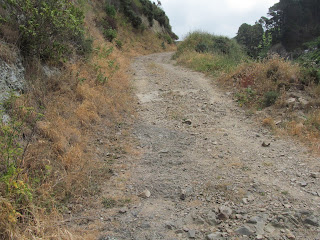 The Scottish P-Team is basically a fraternity order with a goal to party when the opportunity arises.

It was formed well over a decade or so ago and initially made it's presence felt at National Road Relay events when the after-match celebrations started well before the match.

It also organised the P-Team Relay “Trial” which was a Wellington based pub-crawl.  There are stories about those, and I believe some photographic evidence.

Today’s pie and beer race up the side of a hill on a steep track was organised by Karl Woodhead, another P-Team Grandmaster. This is what Karl has to say:

“The course: the same as always. Start at the bottom of the tip track at 2pm; have a mince pie and beer; run up the Tip Track to the radar station; have another beer; run down to the wind turbine”.  Sounds simple enough except that track is rough and steep with the prospect of a strong northerly in your face for most of the upward journey.

While there are traditions around the world for beer miles, there is probably nothing that compares to the P-Team event.  In New Zealand details of top beer mile performances can be found here here. See footage from the 2017 event

Below are some photo's and video’s which record today’s start. Note how slow Naim Macdonald is at getting away. But when it comes to tardiness out of the blocks Naim was in fact beaten by a woman. Basically if you want a good start the idea is to forget everything your mother told you about table manners and chewing your food slowly.

On a technical issue, the beer was Tui and the pies of a standard design commonly found in any petrol station or supermarket. Craft beer, Trisha's Pies or anything fancy from Moore Wilson's was not used to put on this event.

Stu confirms the beer was unchilled and the pies barely warm.

There is a rumour that some cans of beer were still half full when they were dumped in the rubbish bag?

All or none of the above may or may not be true. 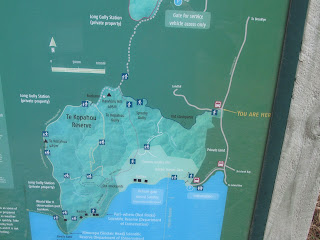 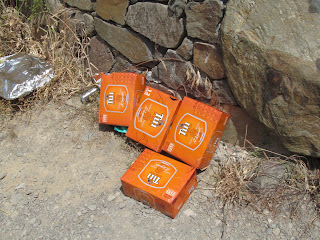 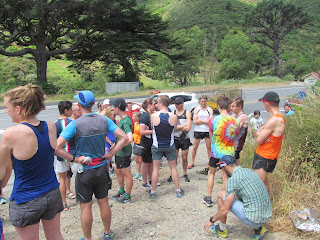 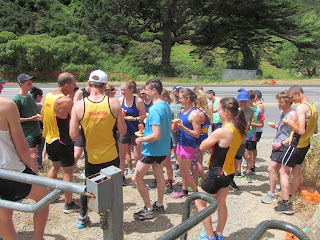 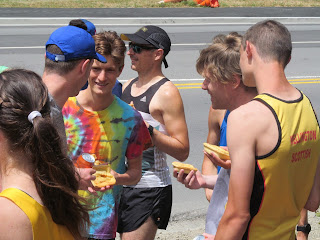