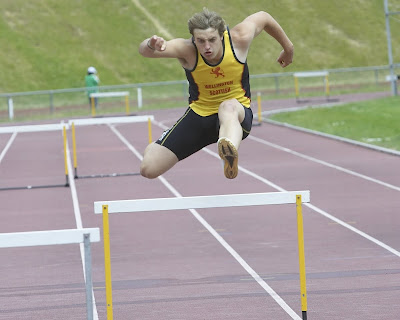 The Scottish website click here reports the achievements of Florence Reynolds in the Senior Girls 2000m steeplechase (silver) and Ariana Harper in the Junior Girls 800m (bronze). Also worthy of mention is the win by Stephen Isaac in the Open Boys 300m Hurdles and his third placing in the Senior Boys 110m hurdles.
Full results from the meeting are here:
Track & Field click here
Road Races click here
Posted by rowang at 19:38 1 comment:

Jacko Gill - Olympian In The Making

New Zealand athlete Jacko Gill has made another enormous stride in his burgeoning shot put career by smashing the world under-18 record.

Competing at the national secondary school championships in Hastings, Gill threw the shot 23.86m, eclipsing the previous mark by 68cm.

The relatively-lightly built Gill was quick to credit coach Didier Poppe for the achievement and restated his desire to qualify for the 2012 London Olympics, when he would be just 18.

"If I want it enough, I can do anything. I really do want it so I think anything's possible," he told One News.

"I'm going to try to get to London and hopefully medal or get in the top eight there."

The Takapuna Grammar student made international headlines this year when he became the youngest ever male junior world champion, with victory at Moncton, Canada courtesy of a 22.53m throw. The previous youngest was Jamaican sprint sensation Usain Bolt.

Poppe was stunned by Gill's achievement this weekend.

"We have never seen the like. Nobody in the world has ever seen something like that and everybody's starting to look at Jacko like he's coming from another planet," he said.

The 15 year old sent the shot out to 23.86m to add 63 centimetres to the previous best by for 17 year old set by Krzysztof Brzozowski of Poland, in beating
Gill at the inaugural Youth Olympic Games in Singapore in August.

Gill, competing for Takapuna Grammar School, now holds the world record in both the 5kg and 6kg shot for every age from 14 to 17.

Gill said that he knew the record was there after throwing 22 metres consistently in training.

“There is still a lot more left,” he said. 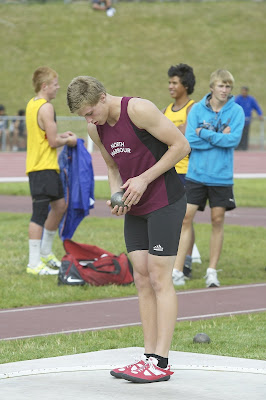 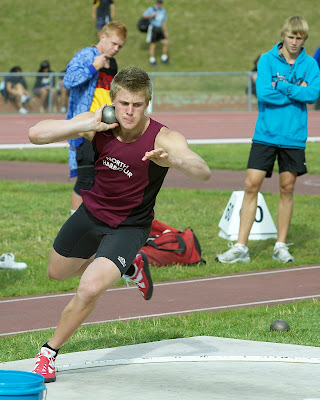 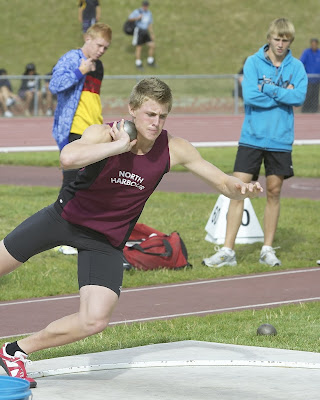 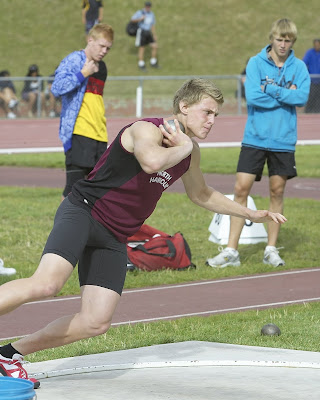 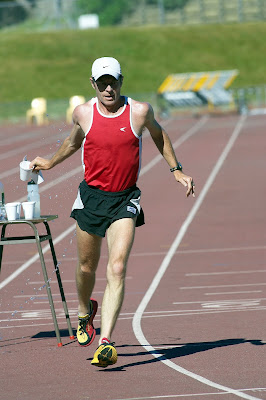 The weather conditions for this race were ideal for spectators and the Rees Buck support crew. For the athletes though it was probably a bit hot to be running 25 laps around a 400m track. I guess it would have been about 23 degrees give or take a bit. Six started the race but only five finished.

A crude commentary goes something like this. After a few laps top masters athlete, Grant Mclean and Julian Cook take the lead and have about a 150m - 200m break on Rees Buck, Tomas Bridgman and Joel Wyatt for the early stages of the race. Rees decides to catch up to Grant and Julian who have been sharing the lead. This goal eventually achieved, Rees then pulls away from Grant with Julian sitting third. Rees wins, crossing the line in 33.19.8 followed by Grant and then Julian. Tomas comes in fourth having been left to his own devices after being abandoned earlier by Rees and then subsequently by Joel (who pulled out). Meanwhile pushing the race leaders from the back of the field was Peter Wrigley our Chief Walk Judge training up for London 2012. Overall a good honest race with too few competitors. Well done to everyone who took part.

The final results were: 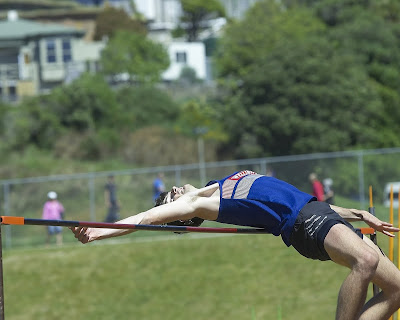 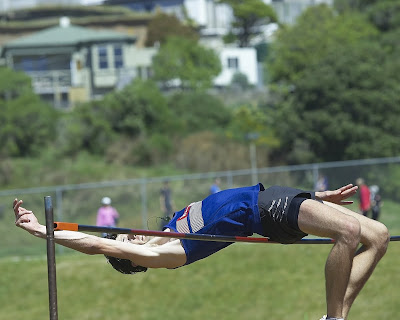 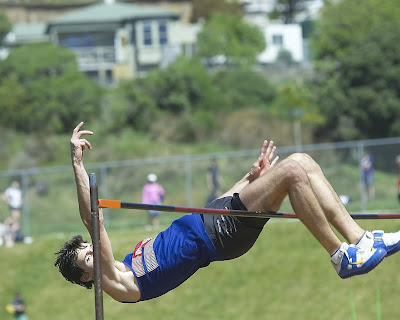 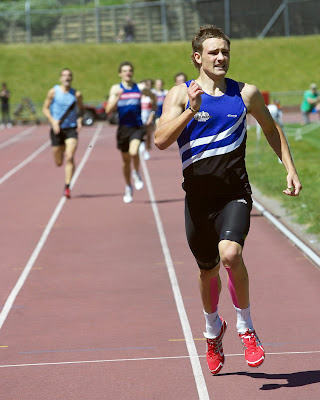 Billy Crayford (Wellington Harriers) was in a class of his own at Newtown Park on Saturday clearing 2.14m in the high jump at the Regional Teams meeting. Based on information posted on NZRun those athletes who have cleared seven feet in the high jump (2.14m equals 7ft ¼ in.) are:

Others who have gone close are:

Also at the Regional Teams meeting 17 year old Brad Mathas (Wanganui) ran 800m in an outstanding 1m 51.25s. He set a new record by repeating this time at the NZ Secondary Schools Track & Field Champs held recently in Hastings.
Posted by rowang at 20:01 No comments: