This event is the last of 3 annual races aimed at high school age runners.  The first two were cross country while today’s event, the last, is nominally a road race.

There should actually be 4 events, but the road relay champs scheduled for 2 August was cancelled because of low entries.

The course for the road champs is pretty basic and takes runners around the sealed path that goes around the perimeter of the main park area.

The start and finish areas are next to the Trentham United clubrooms.

The closest race of the day was between the Junior Girls (Year 9 and under).  A large leading group mostly stuck together for two of the three laps but on the last lap this had whittled down to two.

So over the last 1km the battle was between Jessica Hughes (Wellington East College) and Katelyn Sceats (Chilton St James College).

A betting person may have picked Hughes to win but it was the diminutive Sceats who came through to win by 1 second.

So if you have never heard of Katelyn Sceats then you have now.

In the other grades the winners are well known with a good record of successes at both a local and national level. 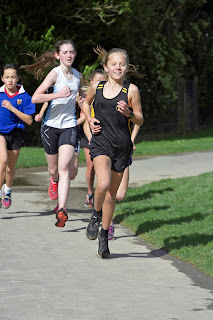 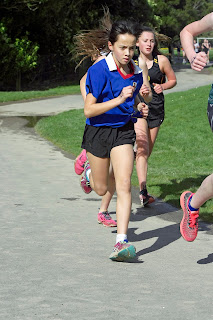 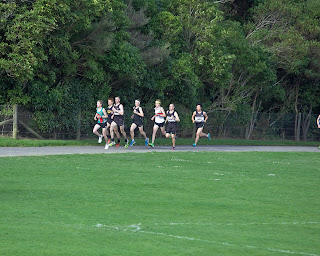 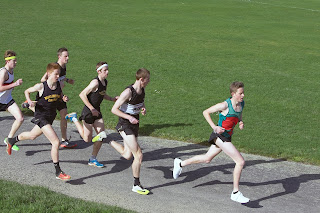