He wasn't sure relocating the medal ceremony to Wellington was the right decision but the chance to do some good settled it.

Just days after the earthquake Willis and supporters organised a track meet showcasing the Olympian against overseas runners in an elite mile race.

The US-based Kiwi won bronze at the Beijing Olympics back in 2008 but that should have been silver. Winner Rashid Ramsi was later disqualified for doping.

Today was the first ever Olympic medal presentation in New Zealand.
Willis has a newly minted silver medal, while the crowd donated their silver to the quake appeal.

An emotional Nick Willis is presented with an Olympic silver medal at Newton Park in Wellington.

There was joy and sadness at Newtown Park tonight, as Nick Willis was presented with the Olympic silver medal he'd waited 18 long months for.

Third over the line in the men's 1500 metres at the 2008 Beijing games, Willis was eventually elevated to second after winner Rashid Ramzi tested positive for a banned substance.

But while the record books were altered to reflect Willis' increase in status, he never had the hardware to show for it until tonight. And what more fitting venue than Wellington's Newtown Park, the track where the Hutt Valley boy made his name.

Upon being presented with the his medal by International Olympic Committee member Barry Maister, in a reprise of a games ceremony, Willis punched the air several times before kissing the silverware the crowd of a couple of thousand had all come to see.

As appropriate as Newtown Park was, it shouldn't be forgotten that it was not the original venue for tonight's festivities. That, of course, was Christchurch's QE II Stadium, now one of many sporting facilities in the city damaged by Tuesday's earthquake.

"I've just left my home in Wellington this afternoon and my home is still full of my family and my friends from Christchurch,'' said Maister, himself a gold medallist at the 1976 Olympic Games.

"And as a Cantab, their insights have left a harrowing imprint in my mind because it has brought it [Tuesday's earthquake] to a very real level.''

Maister said the natural response to an event like Tuesday's is to do something and to bring people together. Willis had done both tonight, he said, and deserved the highest praise.

As he did for the run which earned him his original medal in Beijing.

"I was with a small group of New Zealanders, cheering ourselves hoarse and scarcely able to believe that that black singlet was working its way through the field in those final 400 metres.

"It was an amazing night and an amazing and proud moment for New Zealand sport.''

Those at Newtown Park tonight might venture that having an Olympic medal presented on these shores for the first time was pretty special too. 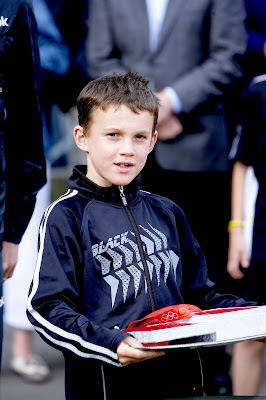 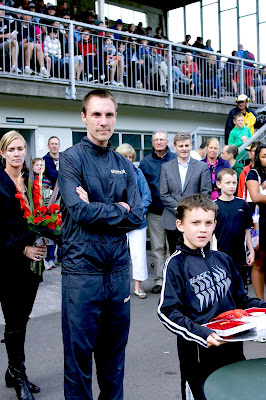 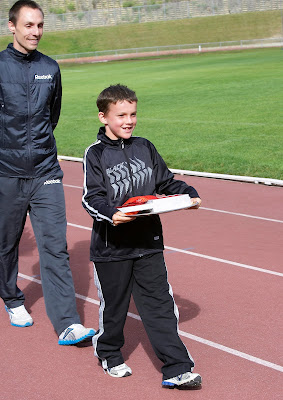 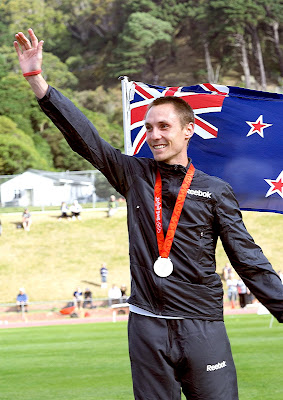