There were 18 pre-entries for the 10k champs but in the end only about half of those turned up. The winner of the men's race was Mark Searle running in Upper Hutt Athletic colours. The unofficial time for the 25 laps was around 35 minutes. Hinano Sefsi from Scottish ran a steady race to win the women's title. Well done to both.  Official results.. 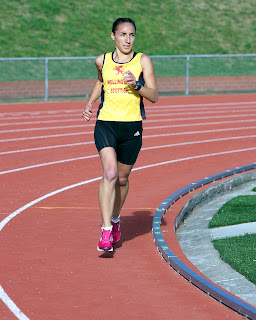 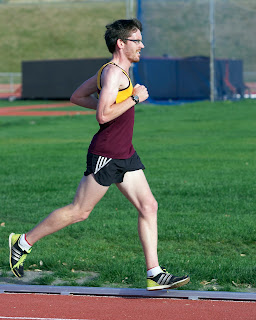 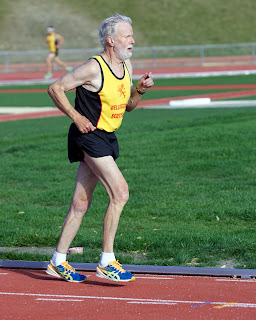 There were also a couple of other track and field events on the programme notably an 800m and 1500m designed to allow athletes to meet qualifying times for various future events. In the 800m Alex Jordan took the role of as pacemaker in a race that was eventually won by a fast-finishing
Hamish Carson the current national 1500m champion.  As usual Julie, Hamish's mum and biggest supporter was on hand to support and cheer him on. 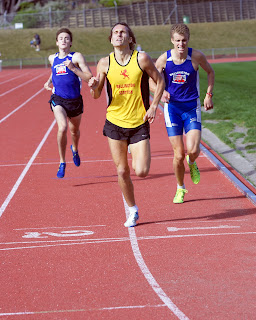 Probably the most interesting race of the day was the B 800m which was only decided on the finish line. On lap 1 Julian Baker (WHAC) cleared out with what appeared to be an unassailable lead. In his wake Chris McIlroy and Luke O'Donnell (both Scottish) battled it out for 2nd and 3rd. On the last lap though McIlroy and O'Donnel closed the gap quickly and by the top of the finish straight were close enough to catch up to Baker and grasp 1st and 2nd.  This was a great race to watch and proves that it ain't all over till the fat lady sings. A terrific effort from all three. 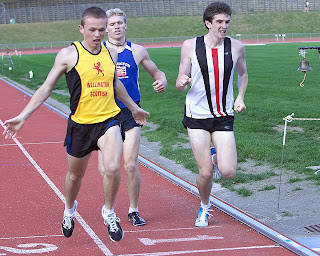 Newtown Park regular Saravee Sos having it all his own way in the sprints. This guy gives nothing less than 100% 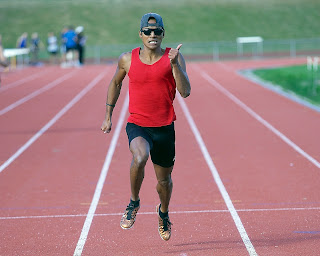 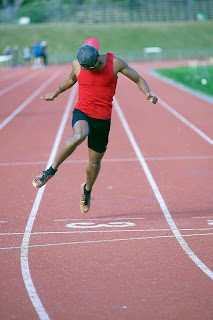 The last race on the programme was a 1500m designed to allow some our elite middle distance runners post qualifying times. I switched camera bodies from a Mark II to a Mark IV for the shots because of the low light. Needless to say the results were disappointing and the decent images that are worth posting are below and include race winner Calum Moodyfrom the New Brighton Olympic club. 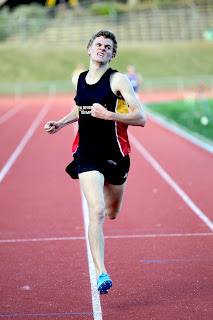 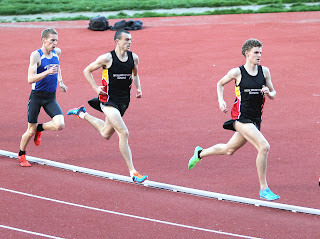 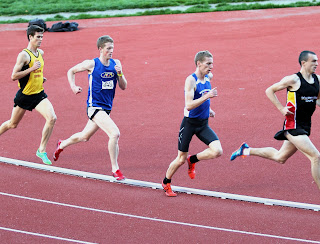 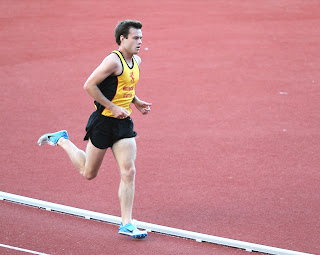 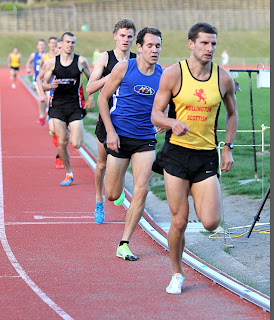 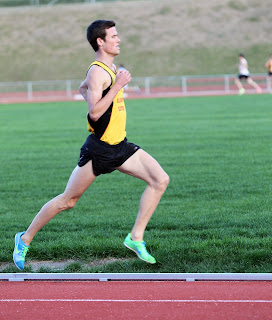