The Vosseler Shield is in its 90th year and everybody who has run it will tell you how tough it is. The exhaustion on the faces at the end of each race says it all.  This year Hamish Carson won the race virtually unchallenged adding another title to his belt. If he was Sir Edmund Hilary he might have said "I knocked the bugger off". 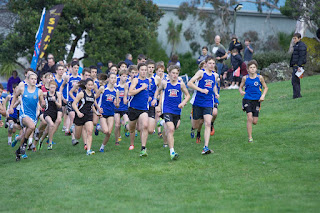 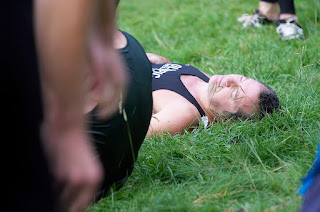 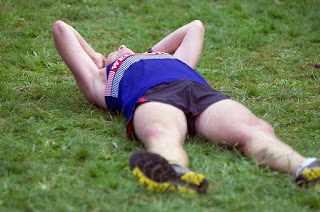 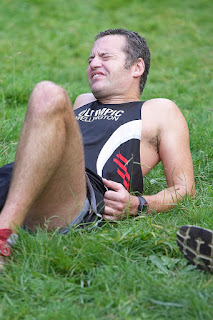 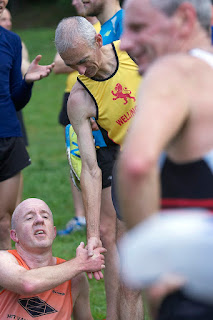 The blue wave. Wellington Harriers dominate the Men's U18 grade with six of its members in the first seven finishers. 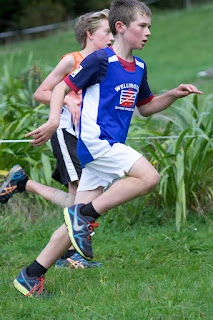 The real races have been in the kids grades. As with the Shaw Baton (and most likely with University Relays) there has been battle in the BU13 grade between Wellington Harriers (20 team points), Trentham United (22 team points) and Wellington Olympic (23 team points).  Further back was Hutt Valley Harriers (30) points. This could be the grade to watch for the rest of the XC season. 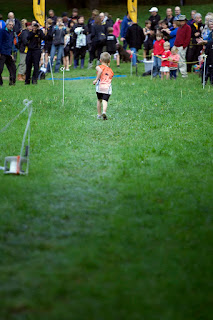 I doubt that I would run anybody so small over any part of the Vosseler.  In the kids race there is a mighty climb from the start line to the road which would seem like a mountain to a tike with short legs. 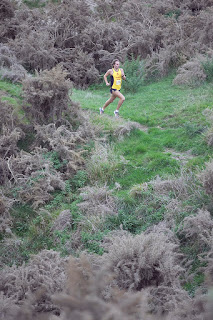 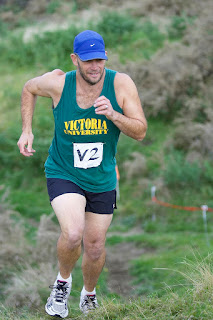 Brent Ballantyne on his annual xc outing with the University Club. In his day Ballantyne was a local middle distance track star and for 20 years held the Junior record for the fastest 1500m time at Newtown Park until it was taken by Nick Willis.

Photos
Posted by rowang at 08:08 No comments: