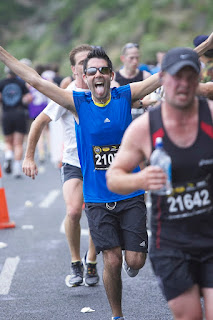 In the half-marathon it was wall to wall people going both ways at the Massey road drinks stations. For about 20 minutes at the height of the flow of competitors crammed the road with little room to move. The leader of the cadet squad that manned 3 of the drink stations estimated they went through about 5000 drink cups during the morning. The team at Massey did a good job too, as there was only a small time gap before the runners heading back from the turnaround were looking for liquid refreshment again. Luckily it wasn’t a windy day otherwise the harbour would have been full of polystyrene cups.

The winning time for the men’s half-marathon was 1.8.51 for Hamish Carson (Scottish) followed by Dougal Thorburn (Ariki) in 1.9.17 and Stephen Lett (Takapuna) in 1.10.11. For the women Alexandra Williams (Canterbury University) crossed the line in 1.18.15 in front of Gabriel O’Rourke (Wellington) in 1.19.43 and Annika Rihma in 1.21.34. Interestingly the organisers estimated that with an 8.00am start, the first runners in the half-marathon would be finishing at 9.00am. Someone is either incredibly optimistic or has made a typo. This is either Across town in the 7k Run for Fun, the fastest times for the women were Tina Harris (24.15), Sarah Christie (24.45), Genna Cartright (24.55) and for the men Martin van Barneveld (20.05), Tim Hodge (20.06), Ben Barry (20.09). It should be no surprise that the fastest 5 men at the finish are members of Scottish Athletics although for the run, they were all members of the Sharp Corporation team.

The Monday 18 Feb edition of the Dominion Post has pages and pages of alphabetised results, which would make great reading provided you have a magnifying glass.  Better to check out the online results for both the 7km and half-marathon and the Athletics New Zealand results for the half-marathon championship. 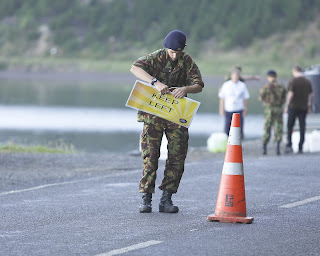 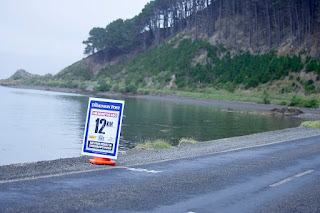 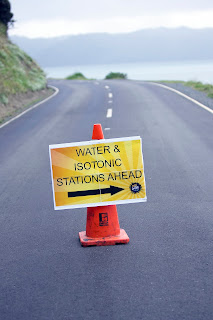 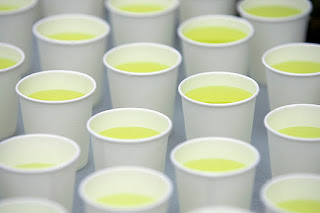 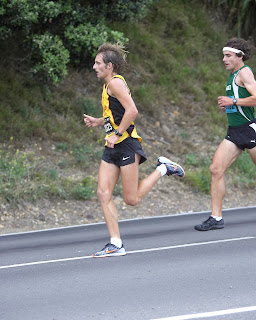 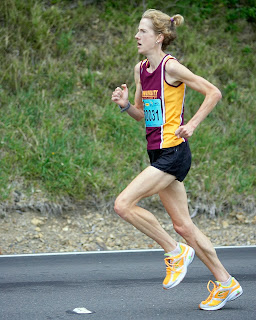 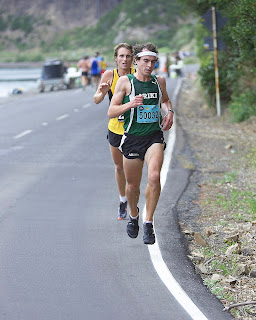 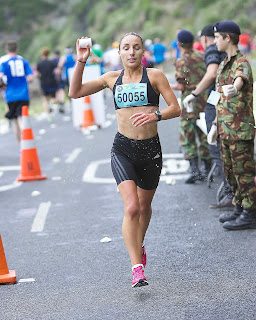 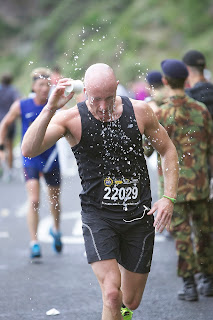 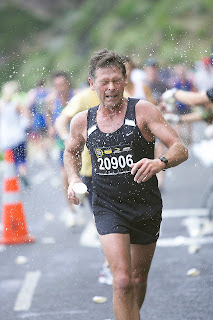 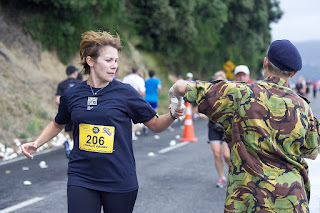 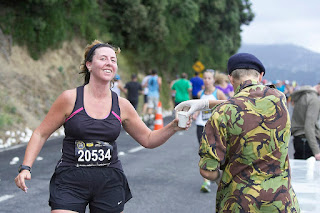 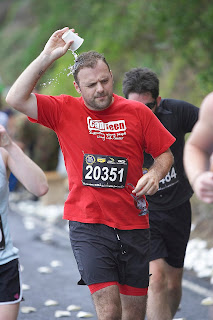 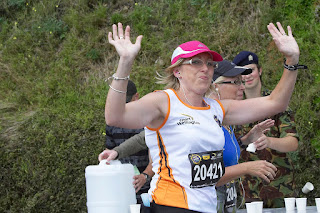 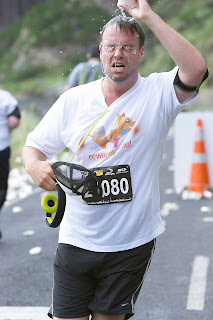 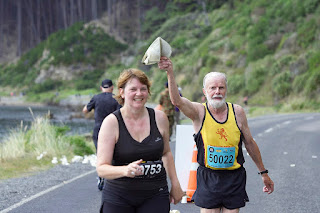 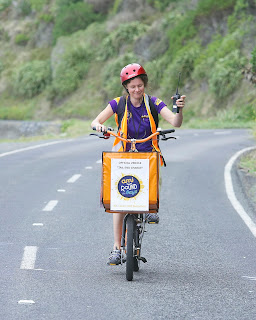 More Photos
Posted by rowang at 14:55 No comments: