This meeting ran over Saturday and Sunday at Newtown Park and doubled as a trial run for the National Track & Field Champs scheduled for the end of the month. The programme had a relaxed pace which meant there were long gaps between some events. The weather was fine and sunny although at times the southerly breeze became a bit fresh with a chilly edge. The only negative was the relatively small fields for a number of events with fewer numbers than could be expected on any Black or Gold Saturday. At times the officials outnumbered the athletes. I’m not sure what’s going on but the lack of interest from local athletes seems to be endemic. Full results. Selected images 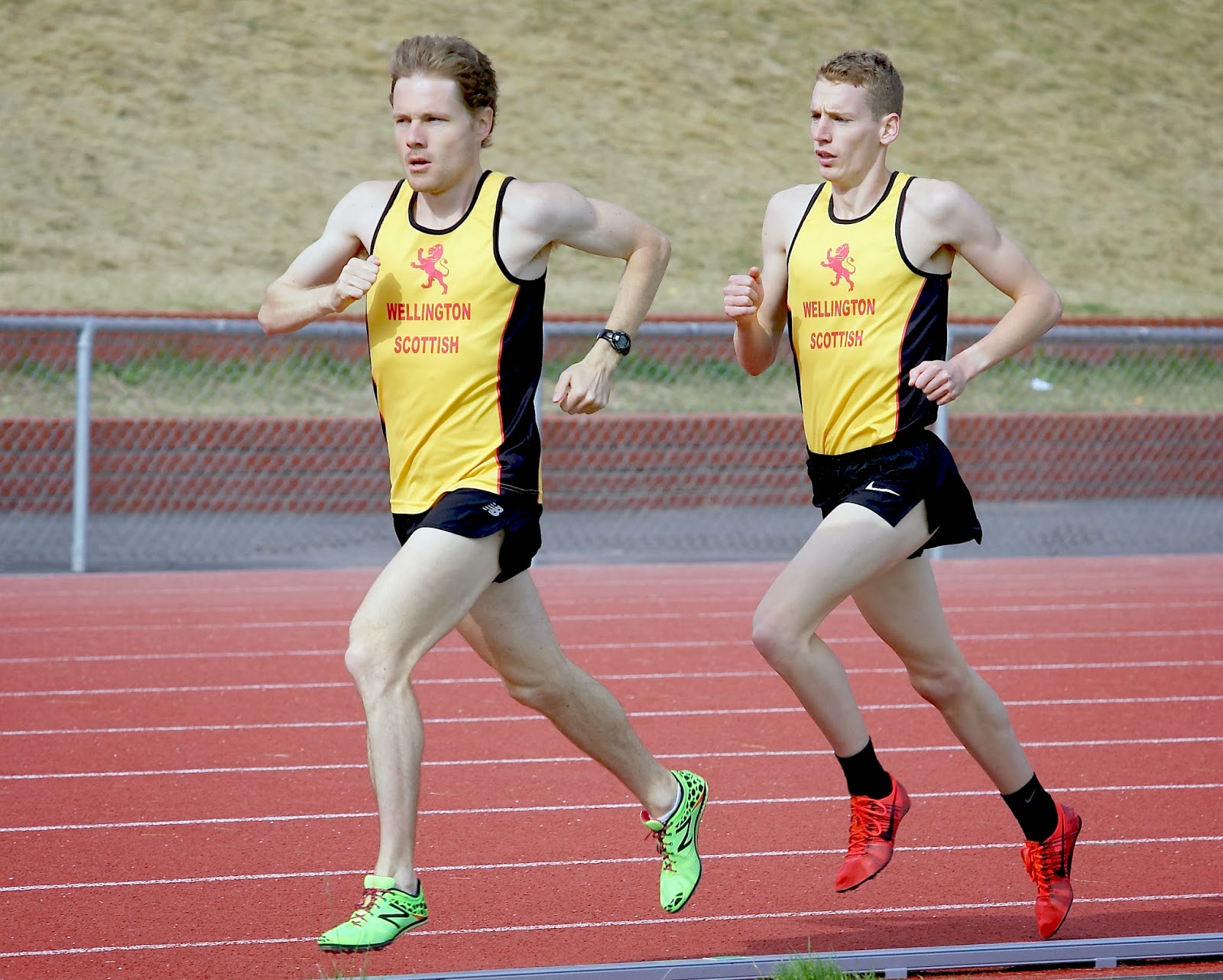 This running caper might work out for Hector Farmer after all.

At 21, the Tawa College old boy still doesn't know what kind of potential he has. But it's clearly some, after he outsprinted the highly rated Tim Cornish to win the men's 800m title at the Wellington Track and Field Championships on Saturday. 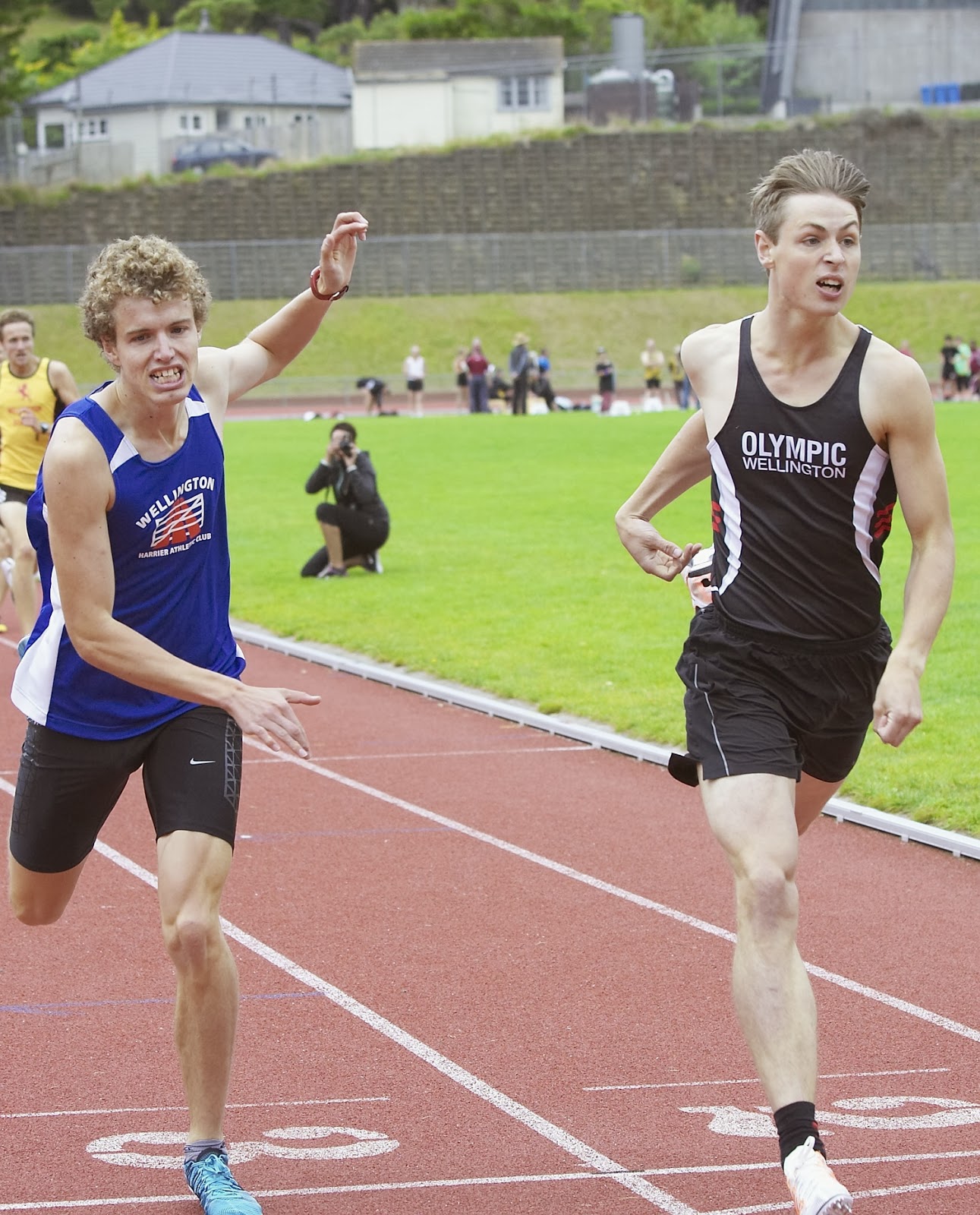 Farmer looked like he was beaten at least twice, as the two went stride-for-stride down the home straight at Newtown Park. But just when it seemed as though Cornish had the win, Farmer found something extra to take the honours in a personal best time of 1.55.98.

Third-placegetter Julian Baker said he heard Farmer let out a huge growl, as he surged again with 80 metres to go, but the winner couldn't quite remember.

"I don't know. It was really tight coming down that back straight the second time so I made a big move with 300 [metres left] so I could get to the 200 to go first and then hang on with everything I had left," Farmer said.

"I dug hard, obviously yelled a little bit and just got there I think. It was awesome.

"It's also a big PB. By about five seconds, so that's a big PB. I ran as a high school student but haven't run properly in about four years and I've only been training properly for about six or seven weeks so PBs are going to come all the time."

A knee injury, followed by the death of his father, kept Farmer out of the sport. Now, having taken such a big chunk out of his personal best, he said he's in middle-distance running for the long haul.
"I'd like to, within the next two years, get down to that 1.47 mark and then see where I can go."

For Cornish, who'd come into the race as the favourite, second was acceptable in the circumstances.
"With a Wellington champs title on the line and a lot of people missing from the field, like Hamish Carson, it was a battle of tactics and it was going to come down to whoever had the best form in the last 30 or 40 metres," Cornish said. 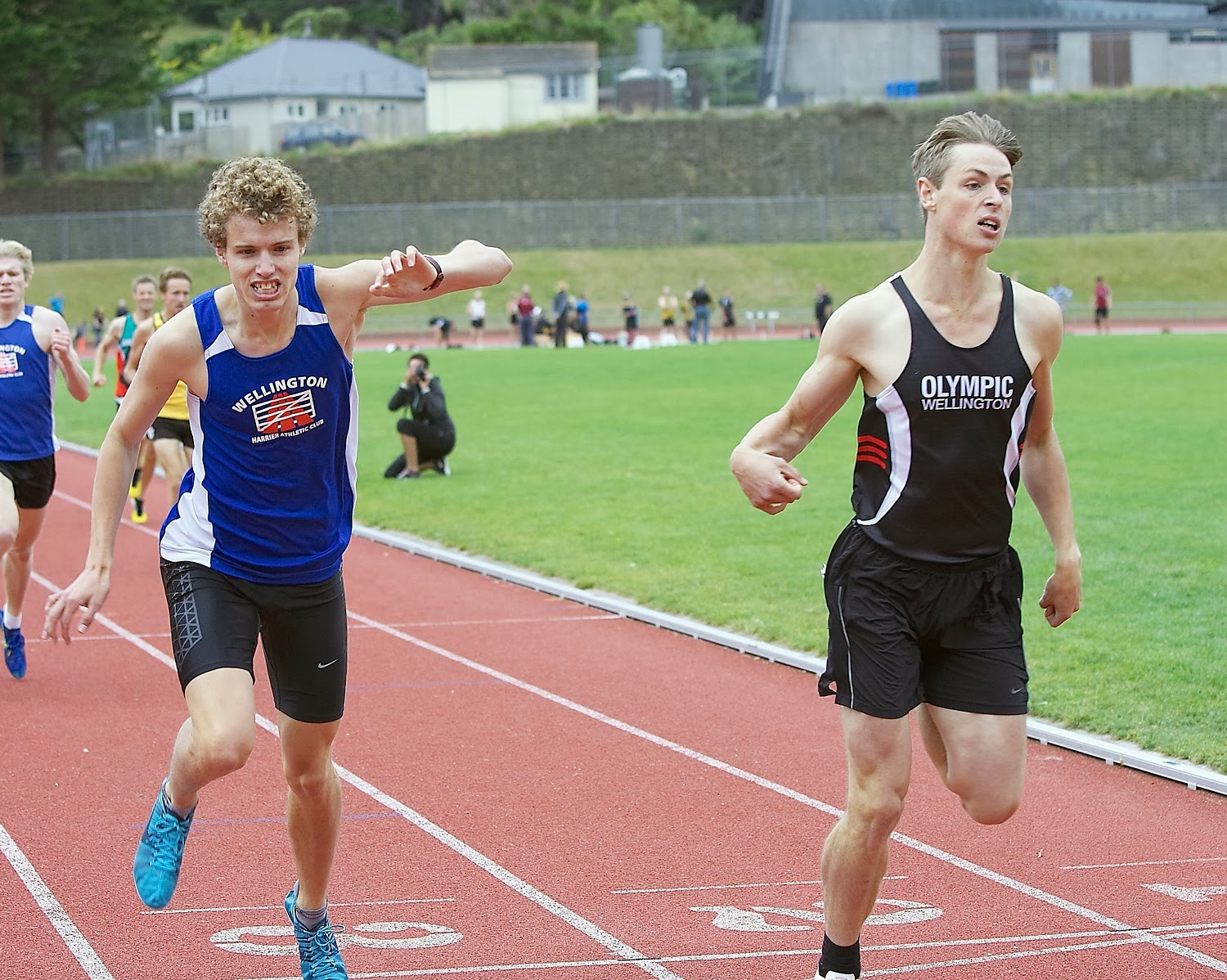 "I can obviously go a lot quicker than that and no disrespect to the guys that were here, but it's quite hard to do that without a really deep field," he said.

"I'm going over to the [United] States for about four or five weeks in April-May so I wanted a slow race and to have a go in that last 100 metres or so and Hector was better on the day."

At that point Cornish excused himself, dropped to his knees and vomited.