“Mountain racing has quite a history on Mt Victoria. Every year the Vosseler Shield takes place up, over and around the peak. It was named after Frederick Vosseler, a prominent Wellington businessman early last century, who helped found the Wellington Harrier Club in 1903.
In 1923 he presented the Vosseler Shield to his old running club for an annual crosscountry race. Vosseler was also a keen tramper, and there is a Mt Victoria connection there too. He helped form the Tararua Tramping Club in 1919 and when he died in 1959 he left the Club enough money to purchase the old Seventh Day Adventist church hall in Moncrieff Street, which is still the Club headquarters.

The Vosseler shield mountain race is an annual event. It starts down by the Badminton Hall on the far side of Mt Victoria, winds its way up and down past the cycling velodrome and then up the steep track to Alexandra Road, up the grass verge beside the road and then sharply downhill to the little park at the top of Majoribanks Street and then along tracks back up to Alexandra Road.

It then winds back down through various tracks to the site of the old military and public works camp near the bottom of Alexandra Road. Then they do another lap, before finishing back at the old camp site.

In its early days the Vosseler Shield race started at Lyall Bay and went around the hills above Moa point. It became a Mt Victoria event in the 1950s, when Wellington Harriers shifted their clubrooms, firstly to Evans Bay, and then to its present site on Alexandra Road.” 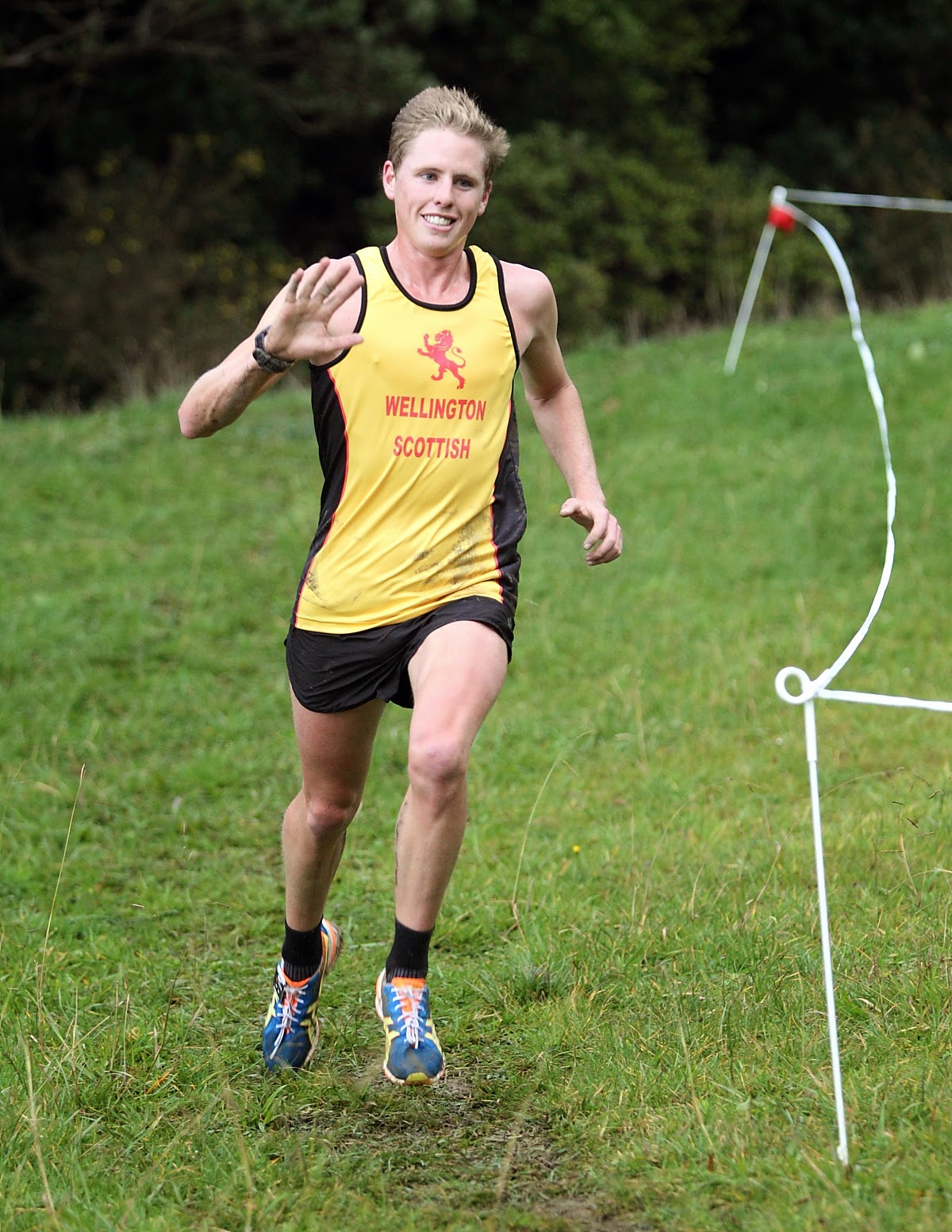 Cameron Goldsmid at the end of lap and absolutely loving it 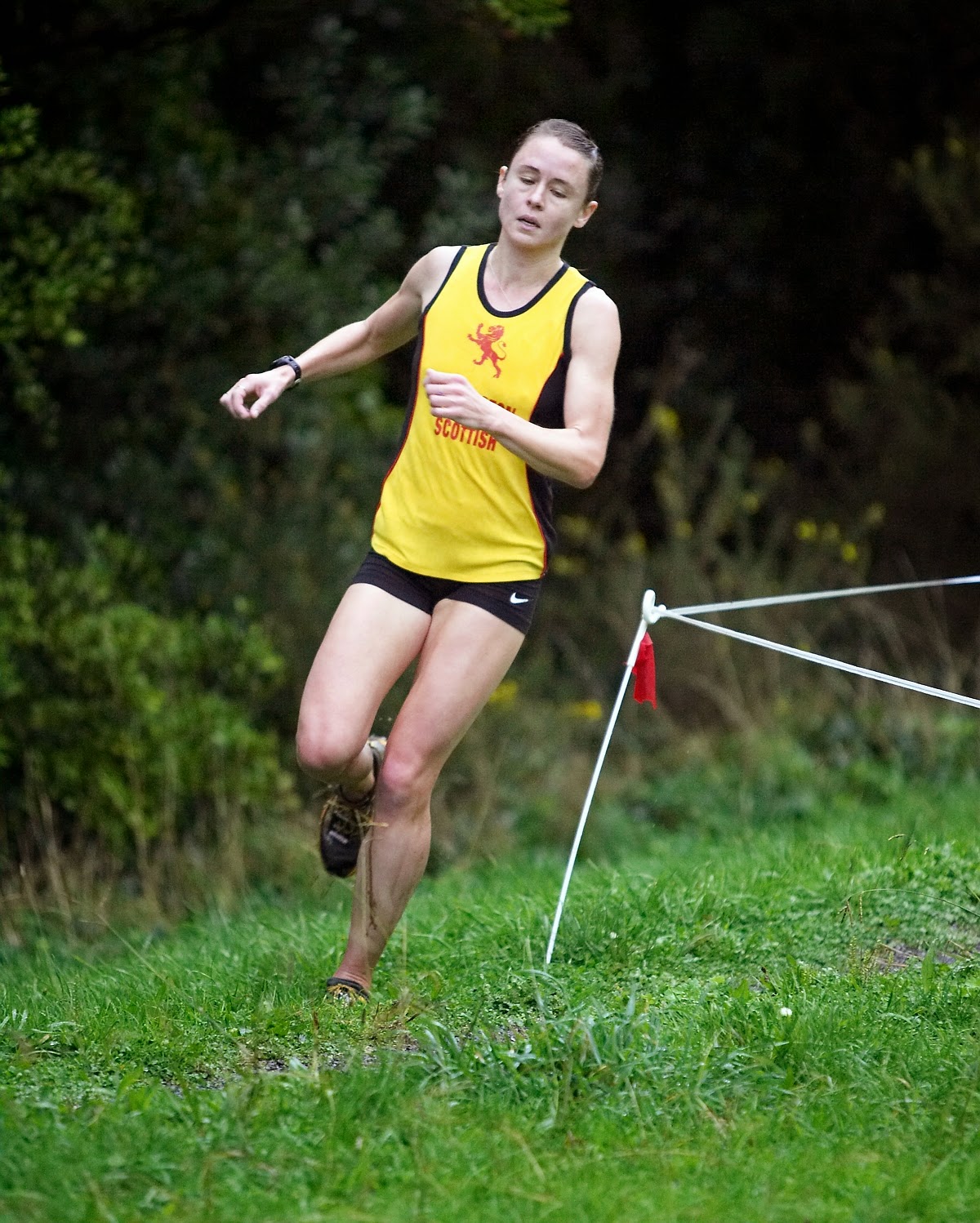 Tina Harris with about 100m to go 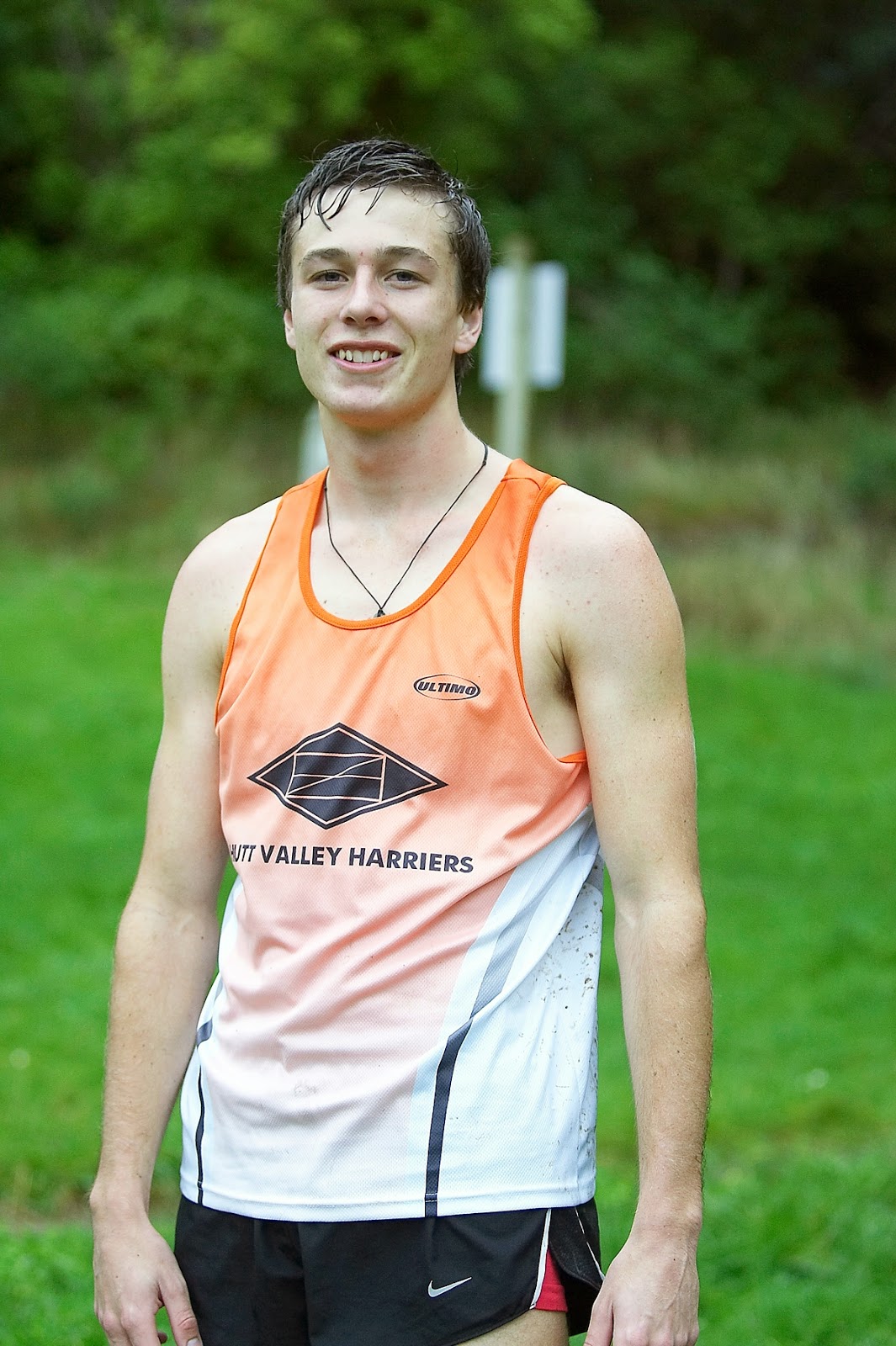 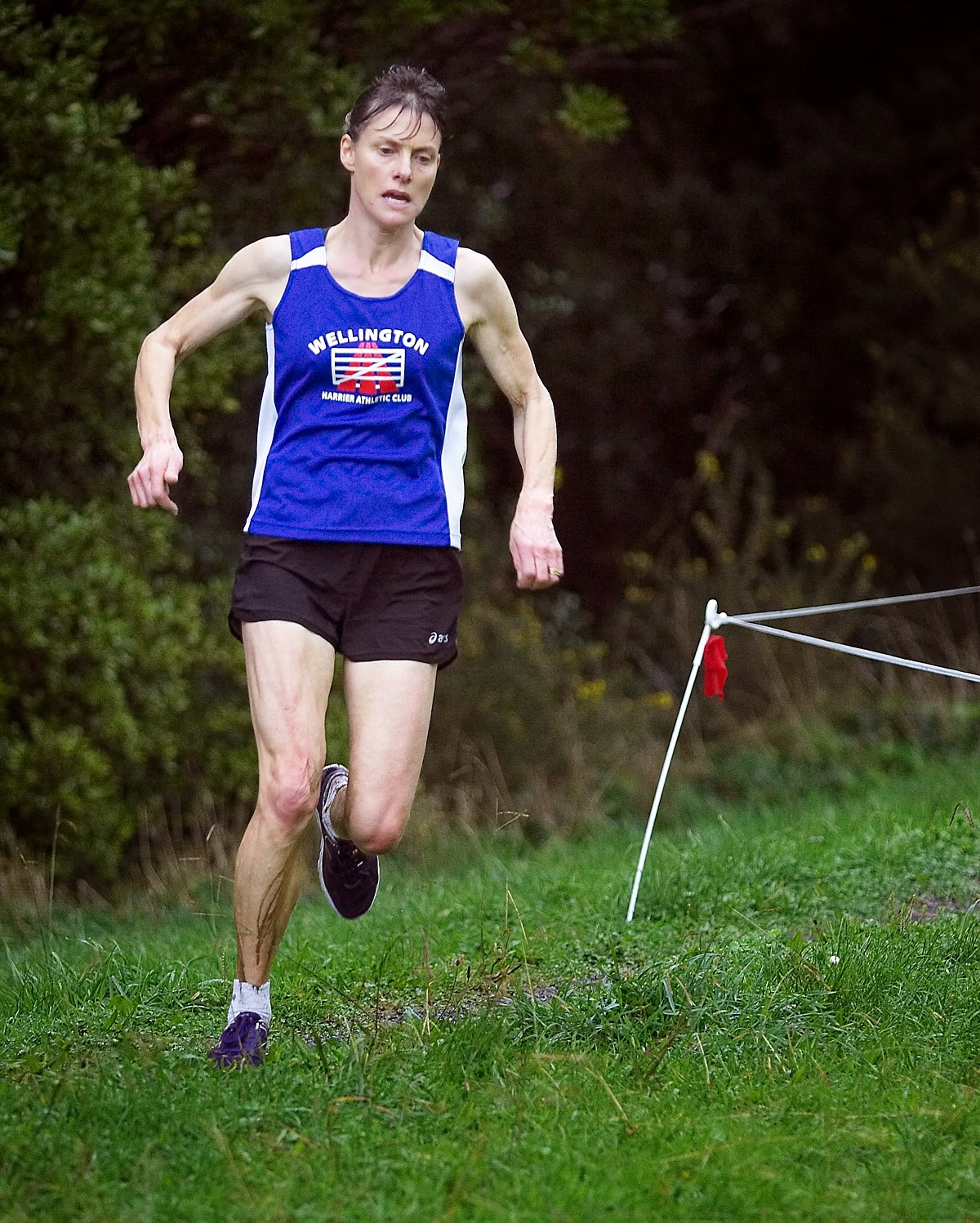 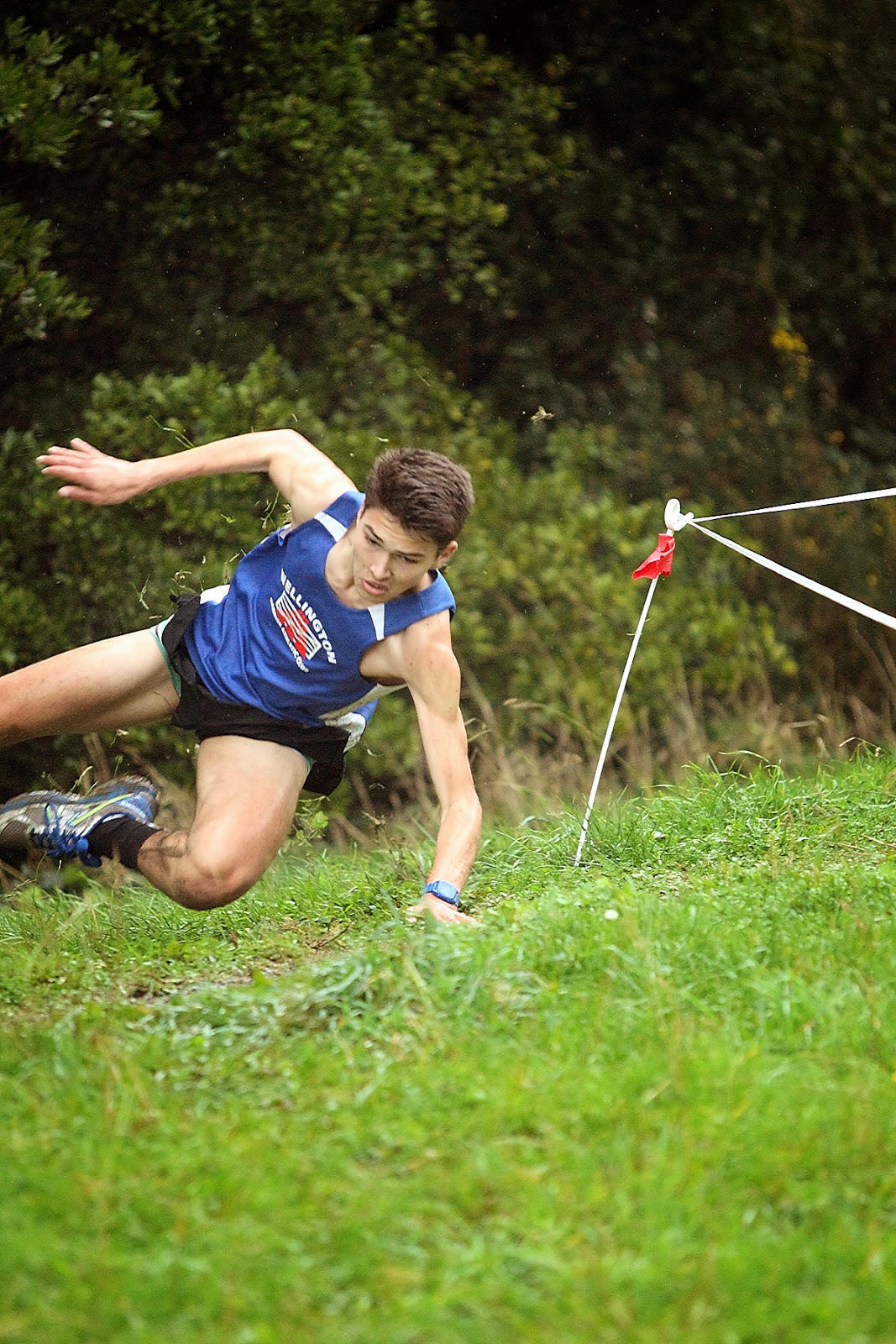 A bit slippery in places 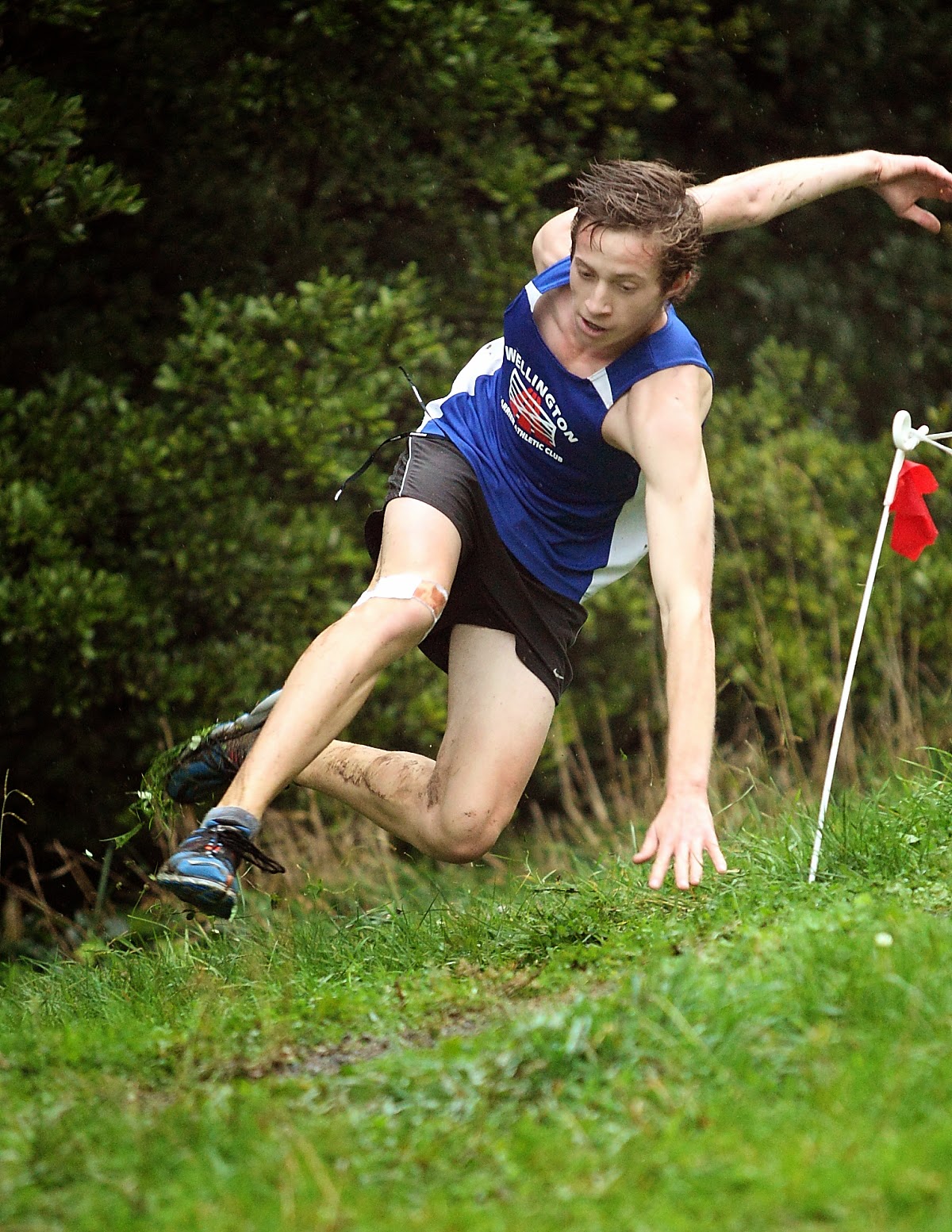 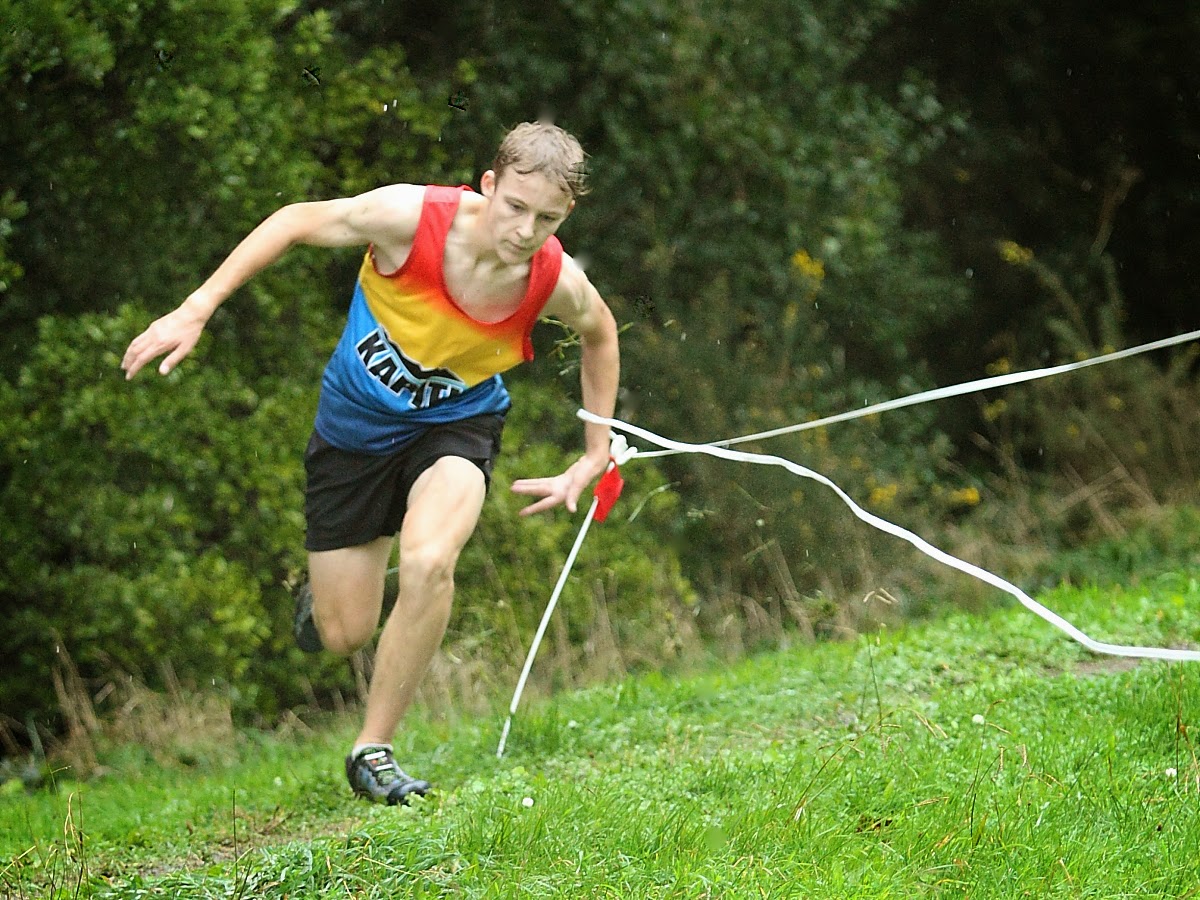 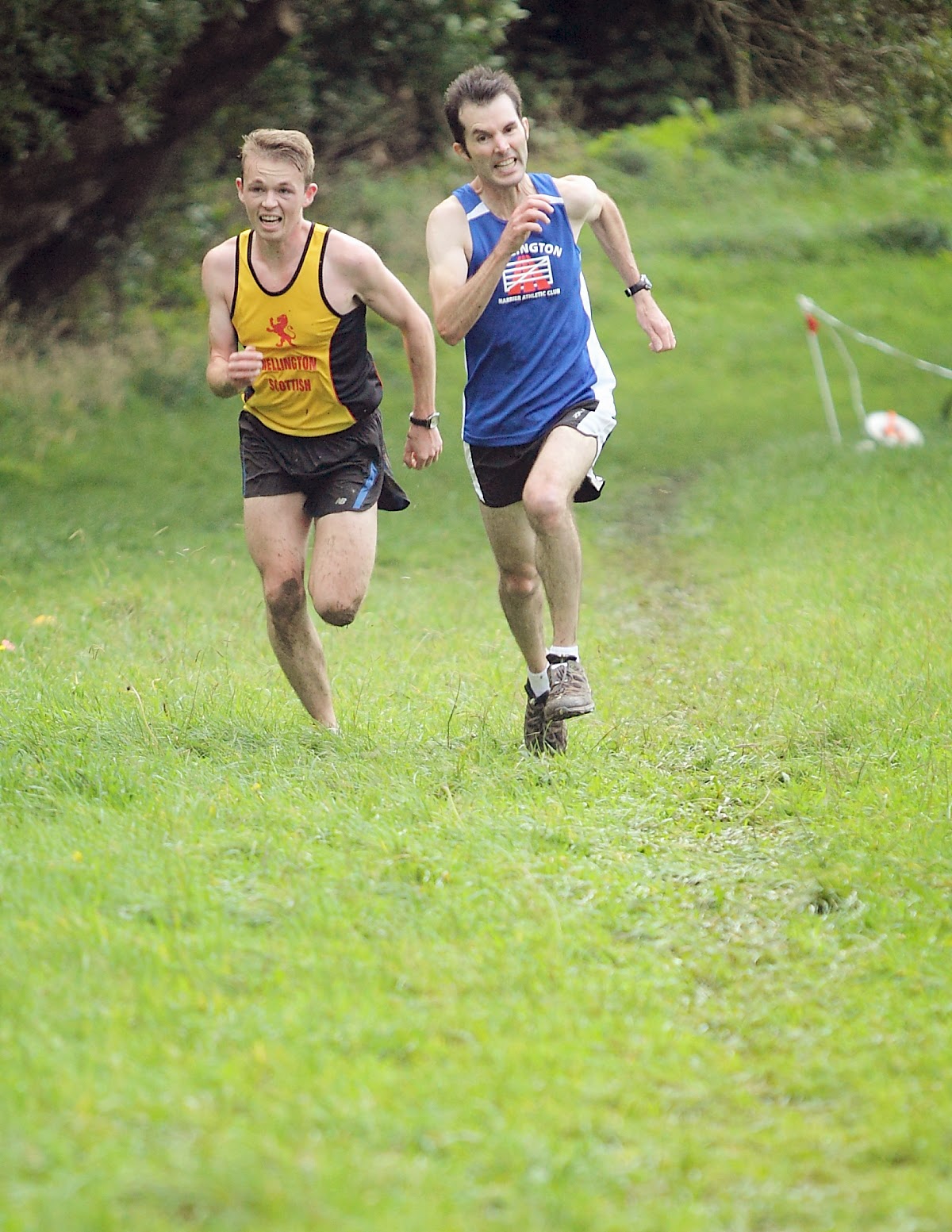 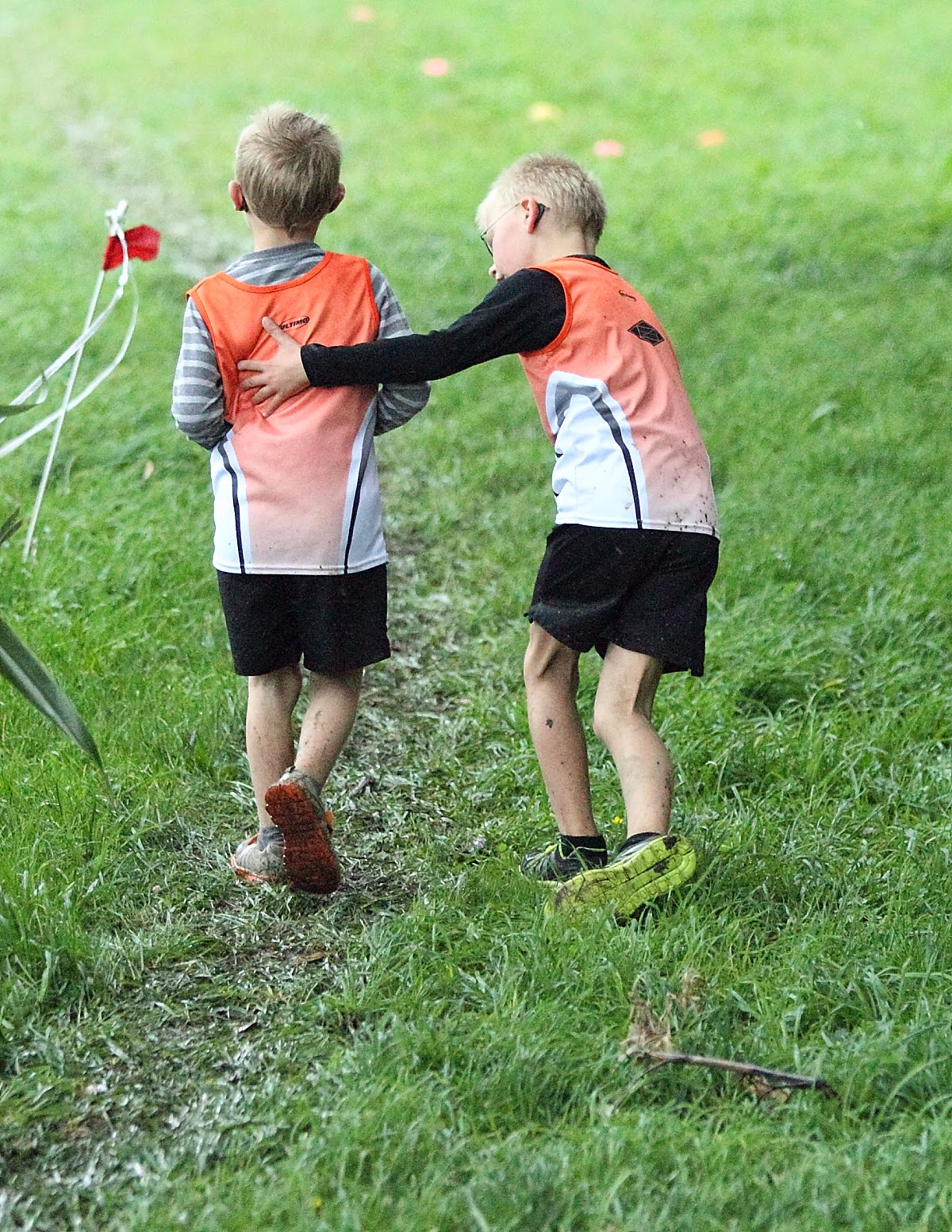