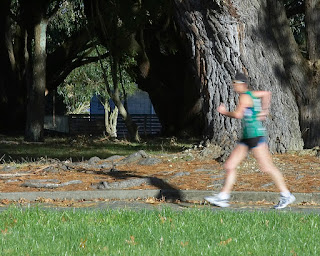 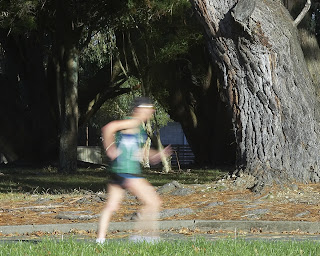 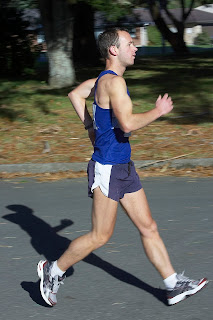 By any measure, race walking is not the most exciting of athletic events, and it is probably better to be a participant than an observer. While the sport is technically and physically demanding it is often parodied by those who think it’s weird.
For a few years now, Scottish has organised the annual Ekiden Relay which doubles at the Race Walking NZ Relay Champs. The event attracts walking teams from around NZ. Teams are made up of 6 walkers who between them cover 42.2km using a 1.2km lap.

Dave Lonsdale, race organiser has posted his report on the event here.

Making a rare appearance this year was local Quentin Rew, recently named to be part of the NZ team to contest the London Olympics. Rew  who has a competitive running background is relatively new to race walking but has proven to be pretty darned good at it.  His rise to prominence hasn’t been without its interesting moments .  For example he time he was disqualified at the 2009 National Track & Field Champs in Wellington when at the finish of the 3km race which he had effectively won, he was disqualified for executing a forward roll.  The infraction wasn’t technical reasons but because of his “ungentlemanly conduct.   Somebody should have told the officials that Rew attended Otago University where such behaviour would have been applauded amongst the student body.  He later told a Hawke’ Bay newspaper he had done something similar at the end of a walking race in 2005 when competing in the Otago Track & Field Champs, presumably without a problem.  There was recently an interview with Rew published in the NZ Herald that makes interesting reading, especially the bit about cheating.